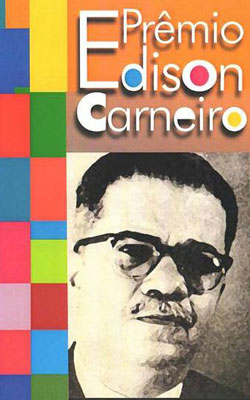 The Samba Festival has been awarded the Bavarian Export Prize 2011 in the category “Incoming Tourism” by the Bavarian Ministry of Economics. In 2012, Bavaria’s Minister for Economics Martin Zeil honoured the organisers’ work: “Our prize-winners are internationally sought after and their excellent ideas inspire people all over the world.” The organisers of the Samba Festival particularly thanked the visitors, groups, helpers, partners, sponsors and all of the local residents in Coburg for their support. Without them, this award would not have been possible!

In July 2018, the initiators of the Samba Festival were awarded the Heimatpreis by the Bavarian State Ministry of Finance, Regional Development and Heimat. Prime Minister Dr. Markus Söder and Home Secretary Dr. Hans Reichhart thanked everyone involved for their enormous commitment, with which a small piece of Brazil is brought to Upper Franconia every year.

“With the award, we honor people who have made a difference to our Bavarian way of life. This includes not only costume and tradition, but also our cosmopolitanism and the willingness to think outside the box. All of you here have been campaigning for this lifestyle with passion, creativity and rhythm for a long time at the International Samba Festival in Coburg – probably the largest Samba Festival outside of Rio. We would like to say a big thank you with this award,” says Reichhart.

Citizens’ Medal of the City of Coburg

“Samba belongs to Coburg like the Coburg bratwurst,” says Tessmer.

“Every year the Samba-Festival attracts many participants and visitors from different countries of origin. This is celebrated peacefully and amicably with each other. Acquaintances develop, sometimes even friendships. This is not just a win for our city, but for our entire society that should not be underestimated today.”

The festival team says THANK YOU for the great recognition